For those that aren’t aware, this is my third pregnancy and I won’t lie, I was pretty nervous about documenting this pregnancy online. Then I thought ‘why not?, it should be fun.’

As I share my journey, I’m hoping to hear yours too if you are a mommy, a mommy to be and even if you are trying. Falling pregnant this time around wasn’t as easy, especially after the many years of contraception – but we’re so grateful God said yes and blessed us a third time.

So here it goes:

I had it so bad during the first trimester of this pregnancy. I honestly felt like it was payback time for cheating all preggy symptoms during my first two.

The morning sickness, perhaps it is more fitting to say all day sickness, was horrid from 5 weeks to about 10 weeks. I was so hungry but had no appetite for anything available ANYWHERE. I didn’t know what I wanted to eat most of the time and when I did eat something it all came back. Like, way to go pregnancy!

I had to go to the doctor in the later days of week 6 due to the vomiting, nausea and terrible fatigue owning my life – the doctor put me on a drip to rehydrate and I was sent home a few hours later.

He suggested I see my gynae urgently to check that all is well and considering we didn’t have a gynae appointment for about another 3 weeks, I was quite anxious now.

I managed to get squeezed in for an appointment with my gynae that week, really just to check that all is well phew. I think I was a tad bit worried because I had never had morning sickness or anything remotely close to it with Mikaili and Morgan.

At the appointment, he checked my weight which had obviously dropped, blood pressure and did a scan and located little teeny tiny Olive (my hubby and I have nickname him/her already) in the scan. He/she was rather hard to find but doctor found and measure him/her and casually said “Well I don’t think you’ll hear a heartbeat this at this time, it’s still early stages but let’s see.”

He turned on the sound and boom!

Little Olive’s heart shot right through the speakers on the scanner and I wish I could have bottled the look on my husband’s face – priceless. His joy!

I was super excited too to have the confirmation, though as a woman, you do know – but that machine has another way of validating the power of the female body. Like, I’m creating a whole human inside of me!!

Anyway, my gynae prescribed Folic Acid and a Preggy Vitamin shake to take considering that I wasn’t able to keep any food down. I honestly don’t know how I got through those weeks… it was horrid. Still is bad but not as bad, I thought I was dying!

Now that First Trimester is over with I’m kind of relieved because it was a painful few weeks. I could barely function. I’m in my second trimester heading to the halfway mark and I’ll be sure to keep you updatedJ 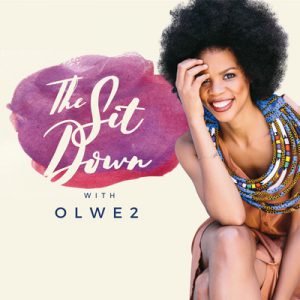