This year’s Valentine’s day ended for many of us with the words:

“I have therefore come to the decision to resign as President of the Republic with immediate effect.”

I don’t think a sweeter romantic melody could have surpassed that. Not even Luther Vandross could have hit that right soothing note for millions of South Africans. And then a few days later in what felt like a harmonious note to the song, Mr. President, you promised us a New Dawn and tugged on our hearts’ strings with the reference to the recently late Bab’ Hugh Masekela’s Thuma Mina. Poignant – so fitting. So symphonic!

Until reality hit and I had to go back and read your State of the Nation Address (SONA), without the nuances, tone changes and charm – just words on paper. I was struck by a few things Mr. President, and I would be doing myself and other young people disservice if I didn’t point them out to you for your reflection:

Hardly two weeks after your SONA and with “Thuma Mina” still lingering in our hearts and minds you “exercised your prerogative”, albeit after “much consultation” unlike your predecessor, and did the unthinkable! You appointed Minister Bathabile Dlamini as Minister of the Department Women in the Presidency, whose primary mandate is “to lead, coordinate and oversee the transformation agenda on women’s socioeconomic empowerment, their rights and equality”.

You have effectively entrusted the emancipation of women in the hands of one of the greatest defenders of patriarchy and misogyny. This is the leader of ANC Women’s League who did not want to send women to the ANC policy conference because “women get too emotional during debates” and wouldn’t dare support another woman for the position of deputy president at the ANC’s elective conference. This is the same person who chastised young girls for protesting against former President Zuma in solidarity with the late Khwezi – this is the person that protects and defends the rape accused and not the victim in a country sometimes referred to as the rape capital of the world.

This is the very same person who was found by the Constitutional Court to be ultimately responsible for the social grant distribution crisis and therefore placed the wellbeing of millions of indigent South Africans at great risk. Mr. President, does this sound like a person with compassion for the poor and vulnerable?

“…If true liberation of women is not at the heart of your New Dawn, Mr. President, you can keep your New Dawn”

I may be too young to understand politics and appreciate that your maiden cabinet reshuffle needed you to do some balancing act between the interests of the country and the unity project in the ANC, but how can anyone reasonably expect Min. Bathabile Dlamini to be the voice of women and champion for women liberation in South Africa? Is that not too big a price for us women to pay for your political maneuvering? In the whole leadership of the ANC, are you suggesting to the rest of South Africa that there isn’t a more suitable woman to be the beacon of hope for millions of women in the country? Do you really believe Minister Bathabile Dlamini is the right person to “thuma” for this mission?

Mr. President, are you aware that on the 9th of May 2017, Ms. Susan Shabangu, the then Minister of the Department of Women in the Presidency stated in a parliamentary committee meeting that “the department’s responsibility was not to empower women but to ensure that every person and structure empowered women. She also stated that gender mainstreaming was not the responsibility of her department and the restructuring of the department and the lack of funding resulted in difficulty of projects being seen through to completion”.

Mr. President, do you realize that you have deployed Minister Bathabile Dlamini, to represent the interests of women, to what is potentially an under-resourced department which doesn’t seem to be clear about its mandate? What should this department mean and represent to every woman in the country?  What do you ultimately hope to achieve with this department? What is the one outcome you hope will come out of the appointment of Minister Bathabile Dlamini?

A New Dawn you say? As a young woman in South Africa, I would like to be absolutely frank with you and inform you that if true liberation of women, from the issues listed below, is not at the heart of your New Dawn, then you, Mr. President, can keep your New Dawn;

Failure to adequately and decisively address issues that continue to oppress women daily in a so-called free nation will not be a New Dawn but will be the same nightmare women of all races and ages have experienced before and after ‘94.

All the struggles, tears, dreams and aspirations of Mam’ Albertina Sisulu, Adelaide Tambo, Winnie Madikizela-Mandela, Dolly Rathebe, Charlotte Maxeke, Gertrude Shope, Lilian Ngoyi, Hellen Joseph, Dorothy Nyembe, Hellen Susman and Miriam Makeba and the deaths of Reeva Steenkamp, Karabo Mokoena and Zester September would be in vain and you, Mr. President, would’ve failed them and you would have also failed the likes of Zulaikha Patel, a young woman who speaks truth to power and finds herself still having to fight for the rights the constitution already entitles her to. 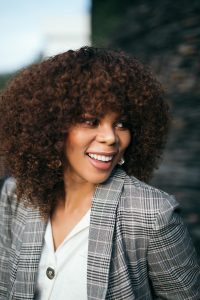